Last week, three generations were at work together doing chores in my family’s lambing barn. Ear tagging baby lambs and hauling water buckets and pouring feed. I can’t count the number of hours I’ve spend in there over the years, but these ones with my kids and my dad were pretty special.

My grandparents built this 80×40 Quonset barn back in the 1960’s. The barn itself was part of the old glass company and my grandfather bought it for $1,000 and paid another $1,000 to have it moved from town to our farm. Inside, the hay loft was built with wood from the old funeral home in town when they decided to remodel. My dad remembers spending one Christmas going through materials, sorting trash, and piecing it together board by board.

Did they think the family farm would still be around today? Did they know that their grandchildren would play for hours on that old hay loft? Could they imagine that one day, their great-grandkids would be hauling water buckets under that same roof?

I think that’s the thing about building a legacy; you don’t realize what you are doing at the time. Maybe you build it much like building this old barn, just by doing the daily tasks well. Hammering the nails, repairing the windows, stacking the hay, letting the toddlers learn to feed a hungry baby lamb from a bottle. 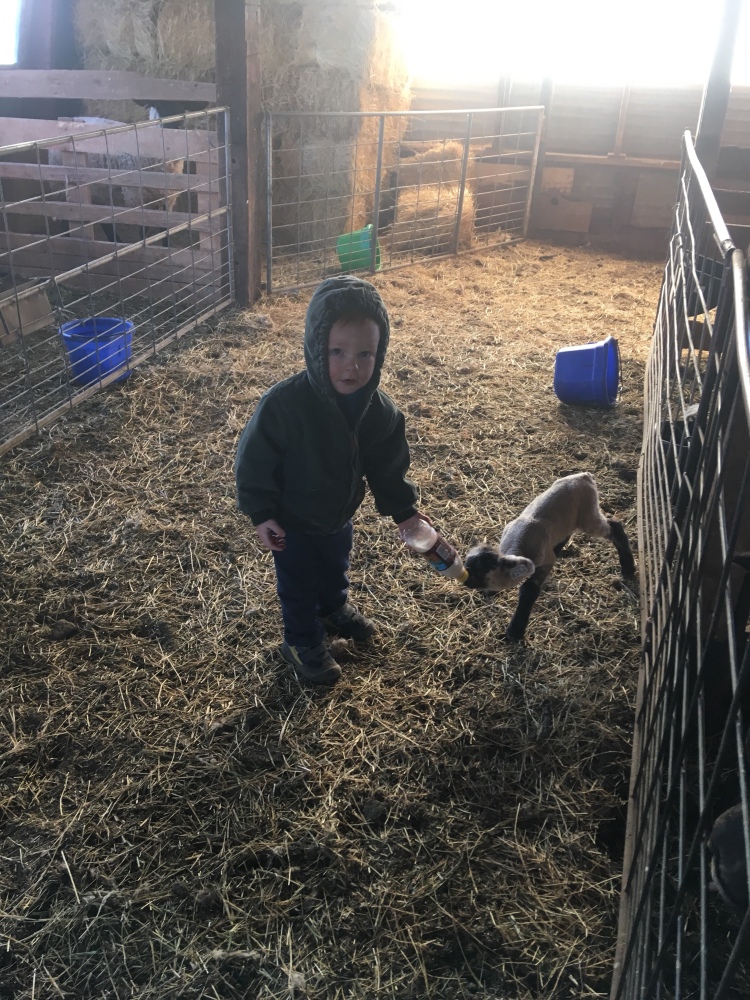 I’m so proud of what my grandparents and parents built and hope we can continue it…barns and legacies and all!

4 thoughts on “Building a Barn…and a Legacy”