In the midst of raising two babies, I was actually able to rack up a few bucket list checkmarks last year.

✔️Go to The River Walk in San Antonio.

When I was a kid, every Christmas we would watch a recorded Lawrence Welk special on VHS that my Gran had.  It was shot at the River Walk.  I had always wanted to go and this year, a work trip took me and some of my good friends!  We ate Tex-Mex, did the boat cruise, remembered Tge Alamo, and took a 3 mile run around.  It was great and I am excited to go back this year. 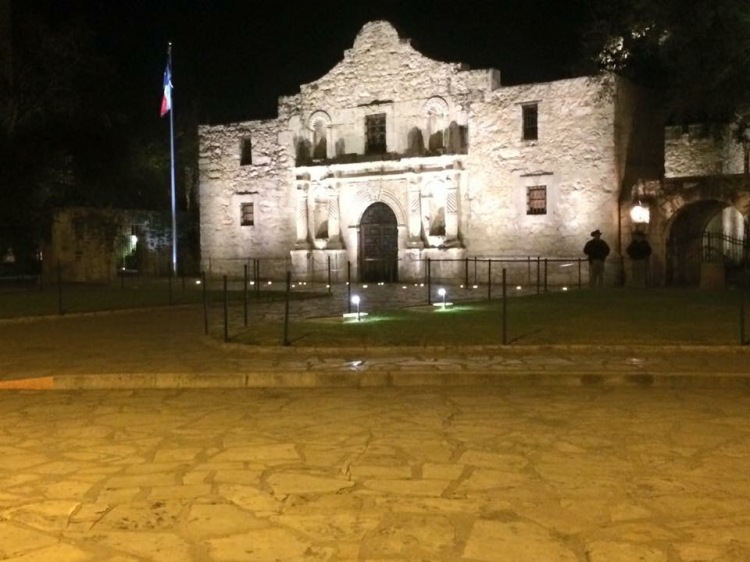 This is another item that has been on my list for a long time.  This little church up in the mountains of NM has dirt with miraculous healing powers.  In the room where the dirt is found, there are crutches lining the wall from people who were cured.  There is also a little shrine to Santo Nino, to whom I have a special devotion for LL.

✔️ Have a blog post go viral. Ever since blogs became a thing, I have wanted one of mine to go viral.  I had no clue how to make that happen, so I just kept writing.  And then, in November, it happened.  My post titled “The People in Rural America” went gang busters.  It got over 1,000 shares on Facebook and over 20,000 page views.  It was published in the Albuquerque Journal.

✔️Shop at The Silos. As a major Fixer Upper fan, I had been dying to go to The Silos. I got to go Waco twice for work and took full advantage!  In January I shopped and bought a little journal, some hymn cards, and a coffee cup.  In July, I ate the most amazing cupcake for breakfast at their bakery.  Yes, their stuff is pricey, but it was fun to see!